5 steps to improve the sound of your TV 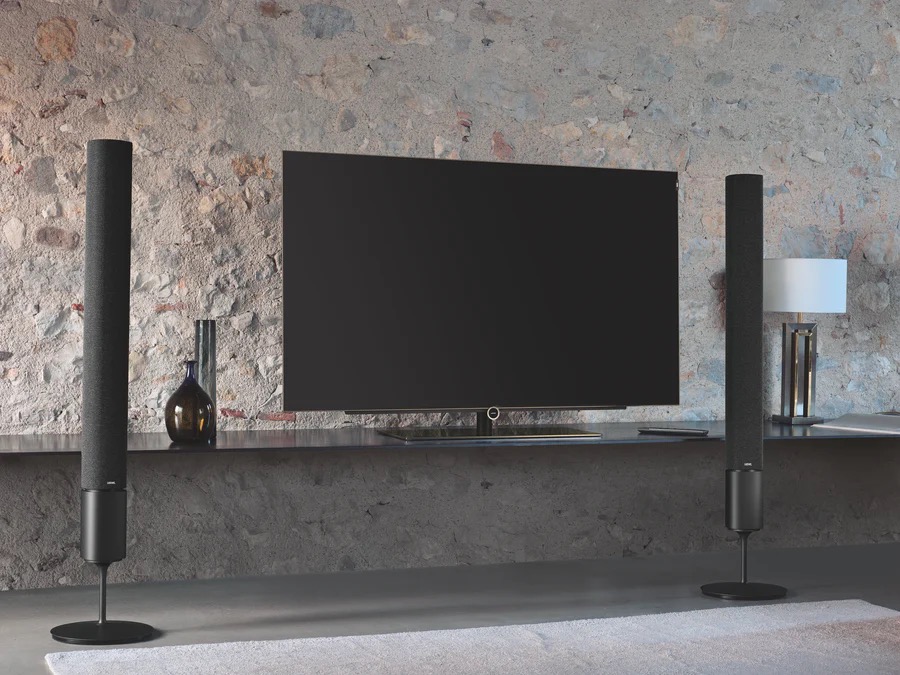 Let’s face it: the sound produced by the speakers of almost all TV sets is dull and lifeless. So here are five ways to improve TV sound. TV sets are now so thin that there is no room for decent speakers. But manufacturers think it’s necessary to include them anyway, especially to avoid complaints like, “I bought a new TV, turned it on, but there’s no sound!” This is especially difficult for people with hearing impairments who cannot understand dialogue on TV and in movies.

Fortunately, there are ways to improve TV audio, from the simplest and free to the most complex and expensive.

Here are five ways to get the best possible sound from your TV set.

1. Improve the audio of TVs and set-top boxes

Although the speakers on most televisions sound terrible, you can often improve things a bit by adjusting the sound or audio settings. Usually these settings include a simple equalizer with controls for bass and treble. If you lower the bass or raise the treble by a couple of levels, you are likely to improve the intelligibility of dialogue. It is usually best to turn the bass down, so as to relieve the small speakers of some of the bass tasks they are not capable of performing anyway.

Some televisions offer a more advanced equalizer with different frequencies that can be increased or decreased. In this case, increase the frequencies around 1-3 kHz and cut the frequencies around 100-300 Hz by a couple of steps. If you are feeling adventurous, you can play around with these settings to find the combination that sounds best to you. Don’t worry about causing permanent damage-you can always reset the controls to 0 and start over.

Another setting that can be useful is often called Night mode. Activating this mode reduces the dynamic range between soft and loud sounds, so you can hear everything more clearly and evenly when the overall volume is relatively low.

Cable and satellite decoders often have audio controls similar to those mentioned here, so you can use them in place of those on your TV. In fact, the cable/satellite decoder may offer such controls that the TV omits. But if the controls are available in both devices, don’t adjust them in both to get the best TV audio settings, because the effect would be twofold

The most common way to improve TV sound significantly is to add a soundbar, which usually receives its signal from the TV’s optical audio output. Soundbars have built-in amplifiers and range from simple 2-channel models to models with a separate wireless subwoofer to packages with separate wireless surround speakers in addition to the subwoofer.

More elaborate models even offer Dolby Atmos immersive audio with speakers that reflect sound from the ceiling. In some cases, the soundbar does not have separate surround speakers or upfiring, but simulates a surround or immersive sound field with psychoacoustic tricks and reflections from the walls and ceiling.

As a downside, most inexpensive and mid-range soundbars have a small soundstage compared to actual stereo speakers or a 5.1 home theater system. In addition, soundbars without subwoofers are not full-range and tend to overemphasize the midrange. Even models with subwoofers often have weak bass and are generally not built with the best quality. Finally, many soundbars may not have a wide dynamic range.

If you have space on either side of the TV, adding a pair of bookshelf or tower speakers can be a significant improvement over a soundbar. Depending on the models you choose, these speakers can offer a much larger soundstage and better overall sound quality.

You can opt for active models, which also have built-in amplification such as some Dali Speaker products. You can connect your TV to these speakers using an optical digital audio cable, left/right RCA cables or a 3.5 mm stereo cable.

If you have a relatively new TV with wireless capability, you could connect the speakers via Bluetooth or wifi depending on the products you choose. In addition, with the ability to connect to WiFi, modern systems allow high-resolution audio streaming from Spotify, Pandora, Amazon Music, SiriusXM, and many other streaming services.

For a more traditional approach, you can invest in a 2-channel integrated amplifier and connect a pair of passive bookshelf or floor-standing tower speakers. The benefit is even greater dynamic range and impact and deeper bass. And that makes all the difference in the world in enhancing TV audio.

No compact 2-channel stereo speakers or soundbars can achieve the deep bass that is fundamental to most movie soundtracks and many genres of music. Adding a subwoofer to these speakers can take TV sound to the next level, filling the room with a sound energy that can be heard, like the roar of a rocket engine, a huge bass drop, or the boom of a huge explosion. A subwoofer makes TV sound a truly visceral experience.

Most amplified stereo speakers have a subwoofer output that sends the low frequencies of the incoming audio signal to a separate amplified subwoofer. Subwoofers extend to the lower part of the human hearing range, adding that satisfying punch in the throat to the TV sound.

Of course, there are also much larger and more powerful ducted subwoofers that can shake the entire house with their colossal power, but these are generally better suited for larger rooms and those who like low frequencies.

The best TV sound systems are those with multiple speakers around the listener. Surround sound systems include front left and right speakers on either side of the TV, a center speaker directly below or above the TV, left and right surround speakers slightly set back from the listening position, and a subwoofer; this is known as a 5.1 surround sound system because it has five main speakers and a subwoofer. If you add two more surround speakers behind the listening position, you have a 7.1 system. This type of configuration also requires an AV receiver to ‘power’ the speakers.

A true surround system offers several advantages over a simple soundbar or even a 2-channel stereo speaker configuration. First, the center channel speaker reproduces most of the dialogue, anchoring it to the screen so that it seems to come from the characters themselves. Of course, a soundbar also does this, but the sound quality is rarely as good as with a speaker dedicated to the center channel, and the soundstage is not as wide as with separate front left, center, and right speakers.

In addition, the separate surround speakers make the action around you more convincing as the sound effects touch your head. For even more immersion, you can add two or more so-called height speakers for Dolby Atmos, which reproduce sounds from above. These can be speakers mounted directly on the ceiling, high on a side wall, or speakers that shoot the sound upward to reflect it off the ceiling.

ADVANTAGES OF A SURROUND SOUND SYSTEM

The two most common immersive audio formats with overhead sounds are Dolby Atmos and DTS:X. A growing number of titles are being made with immersive soundtracks, which really put you in the center of the movie with sounds all around you, such as rain and planes flying overhead, as well as what is happening to the sides and behind you.

We are talking about home theater speakers. In this case, you also need an AV receiver or preamplifier/processor and a multichannel amplifier to drive all the speakers. This is the most complex and expensive option for improving the sound of your TV, but it is also by far the most rewarding.